Traditionally, the influence and respect that Indigenous women held in their societies not only gave them a voice, but kept them safe from woman abuse, sexual assault and stalking. Indigenous women’s responsibilities included providing for themselves, their children, relatives, the sick, elderly, disabled and the community at large. Women are seen as the creators of life and involved in all things that dealt with creativity, from planting and harvesting, to giving birth and raising children. Women were the nurturers and the sustainers of their communities, building and maintaining housing and supervising family affairs. Land and crops belonged to them, rather than their husbands or brothers. 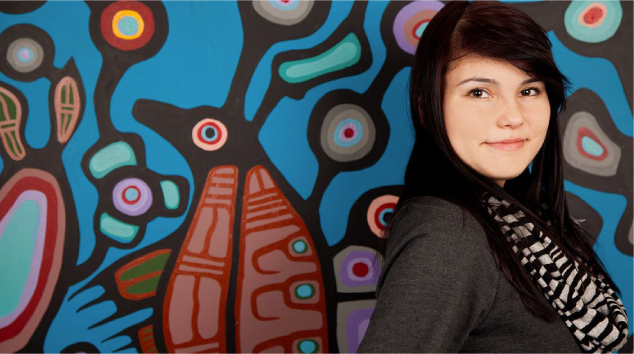 Historically, many nations were women-centred and matrilineal, meaning a child’s ancestry was traced through her mother, and the family property was passed down through the female line, from mothers to daughters to granddaughters. In some cases, this was also true of family names. In many nations, not only did a woman own the land, she owned the dwelling her family lived in. Married couples stayed with the woman’s family and if subject to abuse or exploitation, a woman’s blood relatives defended her. These societal factors are a testimony to the power and influence women held in traditional Indigenous society.

Historically, woman abuse was present in Indigenous society prior to European contact, but not nearly in the same volume or frequency it is today (as recently as 2002 it has been reported that between seven and nine out of every 10 Indigenous women in some communities had been abused in the past two or three years.) Traditionally, when an abuse occurred, the abuser was confronted immediately by his male relatives or those of his victim. If the abuse continued, punishment could be severe, including banishment, castration and death. (p.11, Aboriginal Domestic Violence in Canada, The Aboriginal Healing Foundation, 2003)